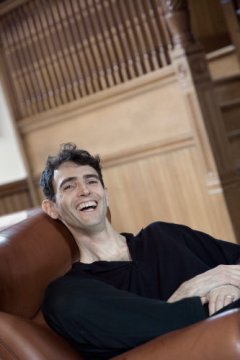 Not registered as user yet

Most recently (since 2013), Dave was at Apple developing the Swift language and standard library, and then the SwiftUI declarative UI framework. He remained an active member of the Swift core team, guiding the language’s evolution, throughout.

Dave’s range of experience in industry includes application software development, framework design, embedded systems, and natural language processing. He is the author of eight Boost libraries and has made contributions to numerous others.

Dave’s first major accomplishment in the C++ community was to create and promote an understanding of exception-safety that is still the standard today. Known as the “Abrahams Guarantees.” this framework is now part of the standard library. In 2001 he founded Boost Consulting (now Boostpro Computing) to realize the promise of advanced, open-source C++ libraries.