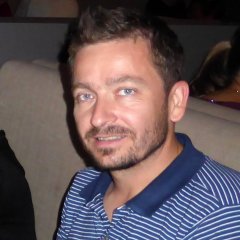 I got my PhD in computer science in 2002 at the Charles University in Prague and University of Evry, France. After that I was a postdoc at INRIA (French National Institute for Research in Computer Science and Control) in Grenoble, France. In 2003 I moved to Purdue University where I was a postdoc working on Real-Time Java and its applications. In 2005 I joined SciSys in Bristol, UK to work on flight software R&D projects for the European Space Agency (ESA). In 2009 I joined ESA/ESTEC (European Space Research and Technology Centre) in Netherlands. In 2010-2018 I was in charge of flight software of Sentinel-2 satellites which continuously scan the Earth using a wide spectrum camera. In 2019-2020 I was in charge of platform software of the PLATO exoplanet chaser. Since 2020 I am in charge of flight software on the international habitable module (I-Hab) which is a part of the Gateway space station to orbit the Moon.